The Sanctuary Organ at First Congregational Church was installed in November 1991. It was designed and constructed by the firm of Karl Wilhelm, Inc. of Mt. St.-Hilaire, Quebec, Canada. It is his Opus 124.

This organ displays characteristics of the classic organs developed in Europe during the 16th and 17th centuries. The pipe work sits inside a thin-walled wooden case which blends and projects the sounds of the pipes. The organ has four divisions, corresponding to the three manual keyboards and the pedal keyboard. They are called the Great, Swell, Positiv, and Pedal divisions. Each of the four divisions is a separate and complete instrument with its own area in the case. The manual divisions are vertically stacked in the case, while the pedal division is split into two towers on either side. The largest principal pipes of each division (except the Positiv) are placed in the facade of the organ. Carved pipeshades above the facade pipes help blend the sounds of high and low pitches.

The ornamental carvings in front of the Positiv division were done by the mastercarver, Jean Dutin. They represent the four beasts from this quote in Revelations 4:6-11, reminding us that our joy and duty in worship is to praise God (which we do with the help of this instrument). For more information about our organ, please contact Associate Director of Music & Organist Charlotte Beers Plank. 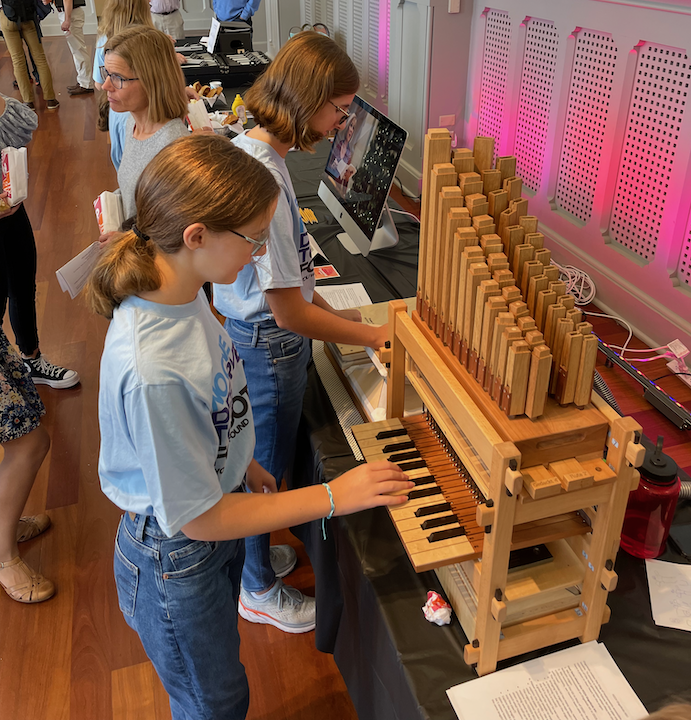 The organ is an important part of music and worship at First Congregational Church of Hudson. To spread the joy of the “king of instruments” and to make it more accessible to future generations, the church has invested in an Orgelkids kit from Orgelkids USA. This kit allows participants in our programming to participate in building an organ and, in so doing, to learn how it works. For more information or to schedule an Orgelkids event through FCCH, please contact Associate Director of Music and Organist Charlotte Beers Plank. 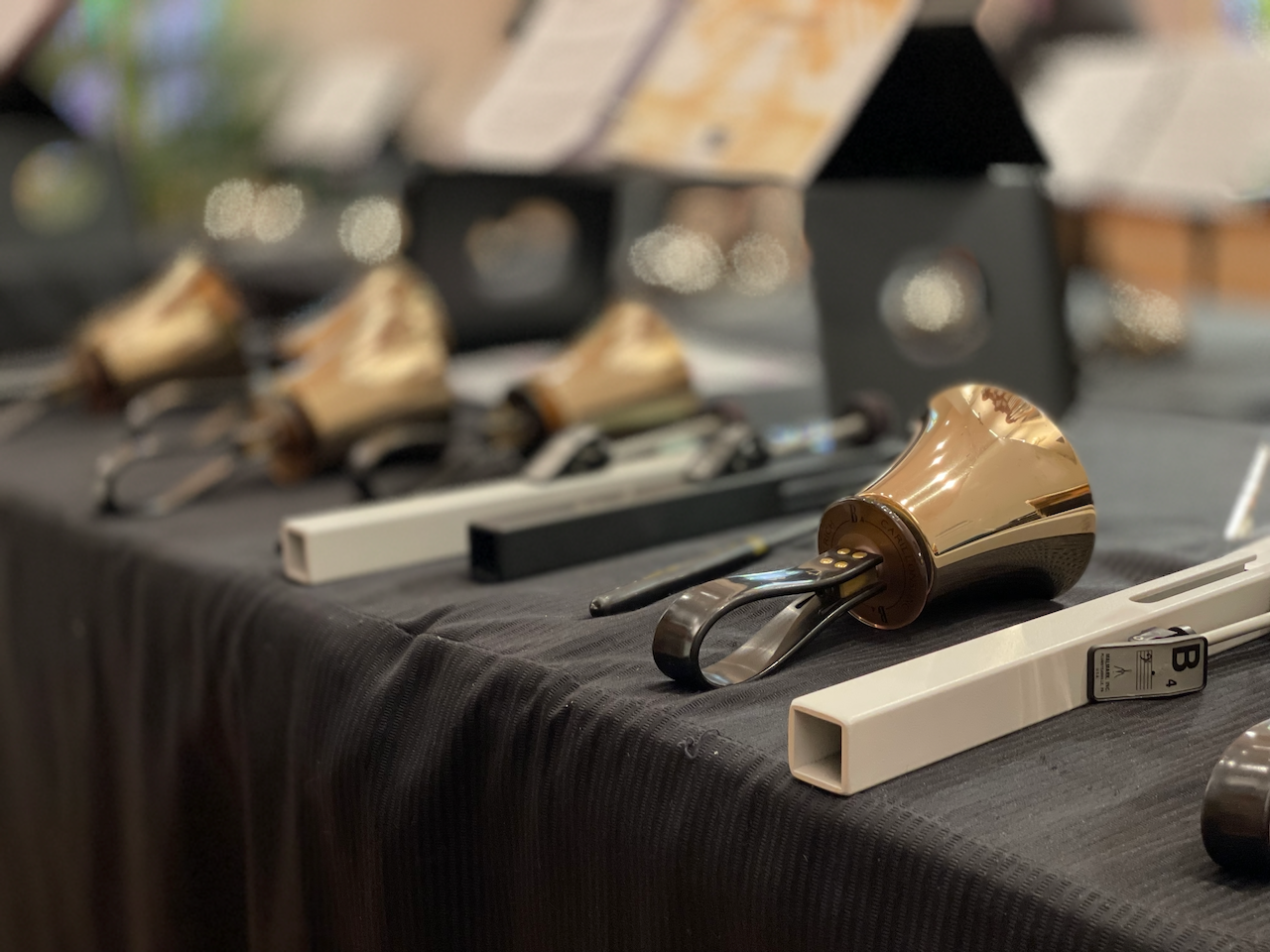 The Music Ministries at FCCH are proud stewards of five octaves of Schulmerich handbells and two octaves of Malmark Choirchimes. These instruments are played throughout the year by our Sanctuary Bells ensemble and on special events in the life of the church, including commemorations of September 11 and All Saints Day. To learn more about handbells at FCCH, contact Dr. Jon C. Peterson, Director of Music Ministries.